Proposition 1 sought voter approval on the November 6, 2018 ballot to increase sales and use tax by four-tenths of 1 percent (0.4%), or 4 cents on a $10 taxable purchase, to maintain, improve and expand public transportation services.

Because IT Proposition 1 was approved, Intercity Transit (IT) will preserve current services, expand bus routes into new areas, increase the frequency and operating hours of local and commuter bus services, make capital and technology improvements and expand specialized transportation services for seniors and those living with disabilities.

If rejected, IT would have needed to cut service by 15 percent.

Why did IT ask for new sales tax revenue? 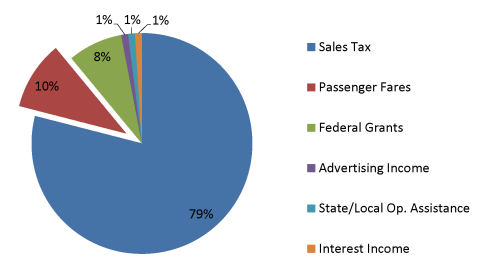 Historically, IT received 80 percent federal match to purchase buses and fund capital construction. Those discretionary dollars were totally eliminated from the federal budget for four years and only a small portion came back starting in 2016. This changed our entire financial model. The reality of this change was that we could not afford to replace buses with our current level of local dollars. Without buses, we cannot provide service.

We reengineered route offerings, extended the service life of our fleet and made other cost-cutting adjustments. However, it was not enough to replace lost federal dollars. IT projected a budget deficit by 2022. Sales tax is the agency’s primary source of funding (roughly 80 percent). We receive no revenue from property, motor vehicle excise or gas tax.

How was Proposition 1 developed? 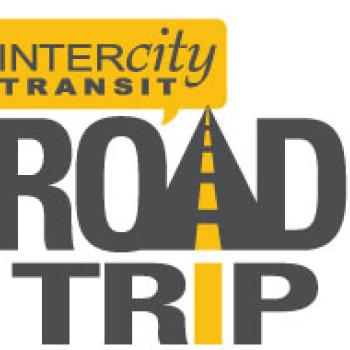 Intercity Transit launched a planning and public engagement effort in 2016 entitled “IT Road Trip.” Its purpose was to better understand community expectations and priorities for the future of public transportation in Thurston County.

The Road Trip was the most comprehensive engagement effort undertaken by the agency and a great deal was learned. In Phase 1, over 3,500 individuals shared more than 10,000 ideas for the future of transit. In Phase 2, the community prioritized enhancements and identified a preferred future scenario. Nearly 83 percent of survey respondents selected the “transformational scenario” which included nine specific service improvements described below. Over 67 percent reported that they were already in favor of, or leaning toward, supporting a sales tax increase to maintain and enhance service. Notably, less than 4 percent of respondents said service cuts would be an acceptable outcome.

The survey results were confirmed via a statistically-valid survey, which indicated a high level of community support for enhanced public transit services. As a result of what we learned, the IT Authority authorized a resolution to ask voters for a four-tenths of one percent sales and use tax increase. The purpose is to preserve existing service and make significant improvements to increase access and efficiency.

IT will operate at the level of service the community is willing to support. Ultimately, it is up to the taxpayers in the Public Transportation Benefit Area, which includes Lacey, Olympia, Tumwater, Yelm, and their surrounding urban growth areas, to decide.

What improvements were proposed?

The following are the community-defined priorities that would be implemented if Proposition 1 is approved. Each of the proposed enhancement is summarized below. For additional detail, click on an individual enhancement to view a detailed fact sheet.

What will happen if Proposition 1 is approved or rejected?

If approved, the proposed implementation schedule to improve and expand service is as follows:

How would the sales tax increase affect me?

It was estimated that the sales tax increase would cost the average household between $2 and $5 per month, depending on spending habits and other factors. This figure represents the additional 4 cents on a $10 taxable purchase. The added sales tax is only be applied to taxable purchases made within the Public Transportation Benefit Area.

If you would like additional information, or have questions or comments about Proposition 1, please use our online contact form.

For additional information about Intercity Transit, please visit other pages on this website.