Routes on Detour due to Lacey's Parade of Lights Monday, Dec. 4

Routes that are due to arrive or leave the Lacey Transit Center (LTC) during the parade street closures may be delayed or re-routed. A shuttle bus will operate between Martin Way and the LTC for Routes 62A and 62B. Please see the map for details. 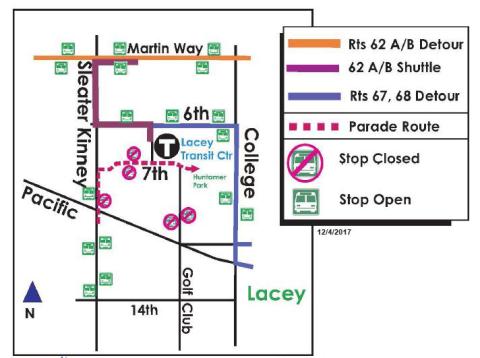